There is a quirk with Xerox Phaser 3200 printers in that they can appear to be permanently offline and unreachable. First of all, check for sure that it is not sleeping by pressing any standby button on it; though sending an item to print should wake it. 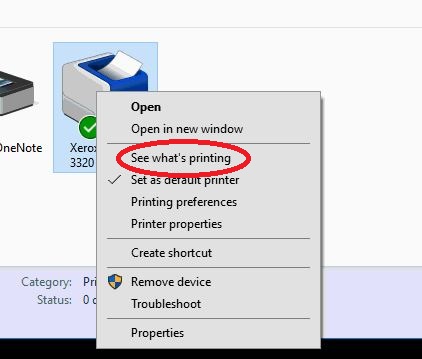