The error Can't open this item. Unable to open the free/busy information can appear when accessing Outlook calendars.

Two possible fixes were found at this webpage. The first one has been proved to work; both are pasted here: 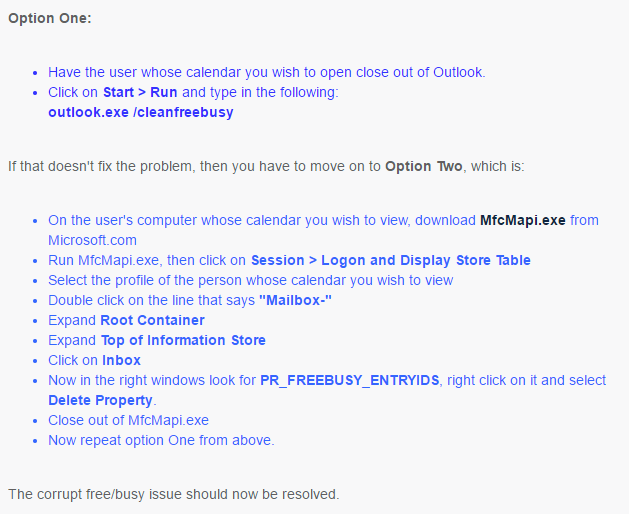